“We Are All Going To Die Here” 150 workers from Orlando construction company in Bahrain, victims of wage-theft, now contend with Covid-19 infections 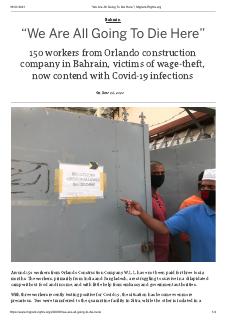