How Diaspora Transfers Reduce The Impact Of The Crisis In Lebanon 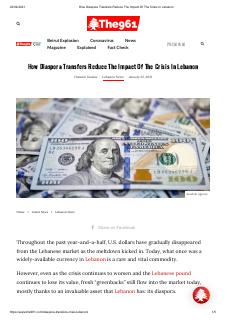