Desperate migrants taken for a ride by unscrupulous contractors 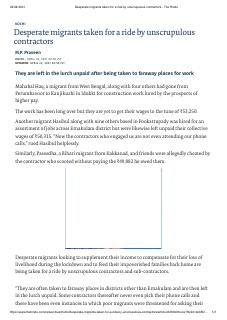