Laid Off And Unpaid, Kerala Workers Return Home From The Gulf 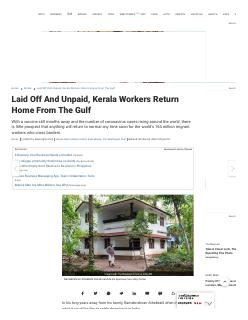