‘We’ve been suffering for a long time’: Migrant workers struggle as company delays payments for almost a year 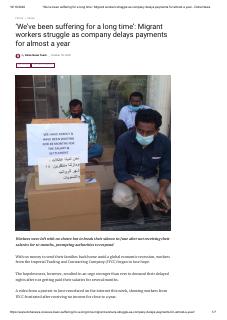