Abstract
A policy brief developed by the International Institute of Migration and Development (IIMAD), India in partnership with Migrant Forum in Asia (MFA). 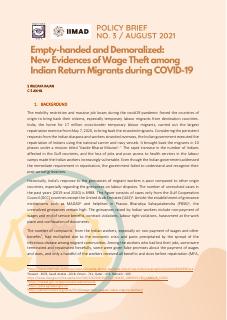