"How Can We Work Without Wages?": Salary Abuses Facing Migrant Workers Ahead of Qatar’s FIFA World Cup 2022 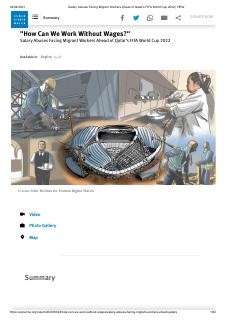