Wage Theft is A Global Issue 'We pick your food': migrant workers speak out from Spain's 'Plastic Sea' 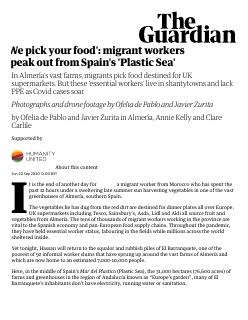