Preserving the lifeline of migrants’ remittances 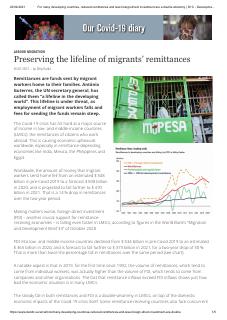