A Close Look at a Fashion Supply Chain Is Not Pretty 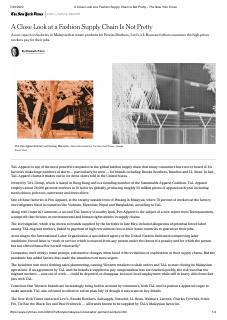