Government reduces minimum salary for migrants to settle in UK 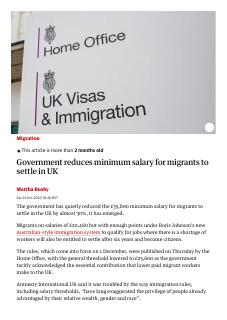