HC pained to see plight of MCD employees not getting salaries, pensions 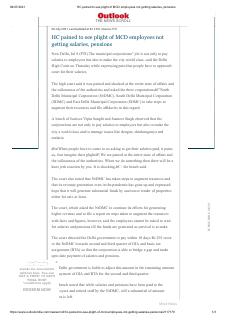