Building a Justice Mechanism for migrant workers against wage theft 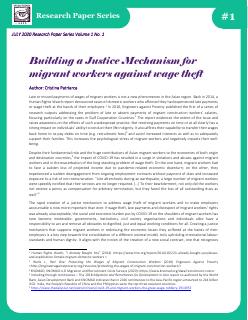