Victims of wage theft, migrant Nepalis are losing hope of recovering their money 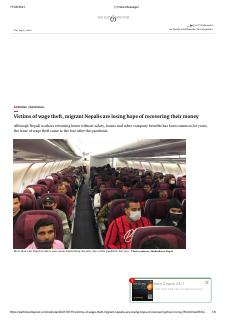