A restaurant manager who forced a Black man to work without pay owes him more than $500,000 in restitution, court rules 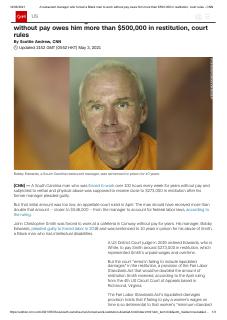