As the economy suffers, even profitable UAE companies leave employees in the lurch 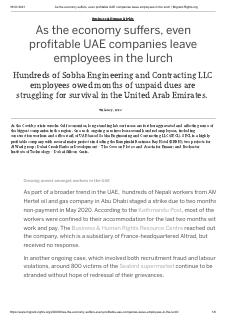