How Can We Combat Wage Theft And Protect Immigrant Workers? 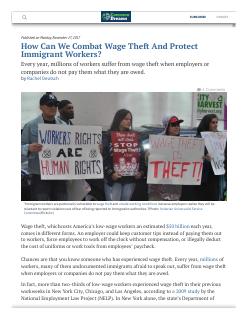