‘Sakshi’ Telugu Daily Published a News Story on WAGE THEFT on 03.11.2020 in its Nirmal District Tabloid in Telangana State, India. 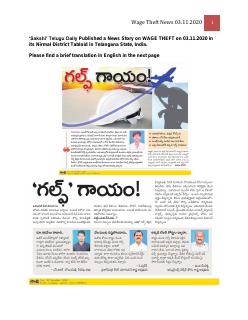