Li Keqiang: Migrant workers should get paid on time, in full amount 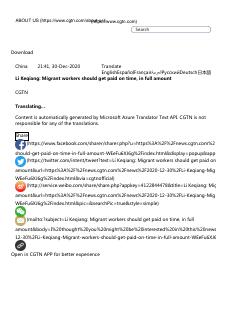