Workers Demonstrated Against Poor Wages All Through October 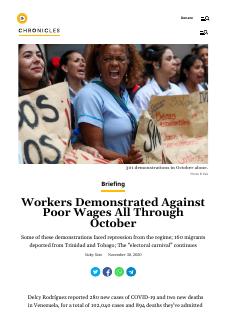