Wage theft: the missing middle in exploitation of migrant workers 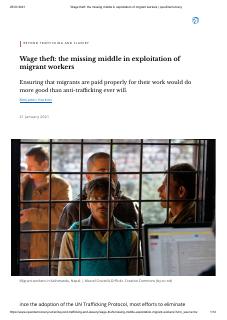